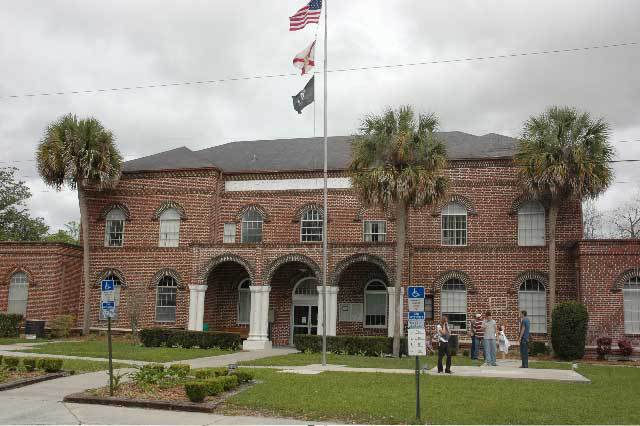 What to Know About Gilchrist County Bail Bonds

During the first appearance hearing, the judge:

The bond amount is set on the warrant or arresting papers. The judge usually appoints a public defender during the first appearance hearing if the arrested person qualifies. During a bond determination, the judge has three options:

In Trenton, FL once a bail bond has been written, it usually takes an hour or less after the bond is turned in at the jail for the person bonded to be released.

Release on Own Recognizance

If the defendant is granted ROR, they’re assuring the judge and Gilchrist County Court they will appear at all court dates until the case is resolved. Also called a signature release, the arrested person may be immediately arrested by a bonding agent if they don’t appear in court. Roundtree Bonding Agency has the legal authority to locate and arrest a defendant who misses a court date, but the cosigner does not.

If bond is set too high, or if bond is denied at first appearance, the jailed person, usually through their attorney, can schedule a bond hearing. At a bond hearing, the judge, who eventually hears the case, can reconsider the bond amount and lower it. The judge also has the option to change the initial bond to ROR.

To read more about bond hearings, see bail bond too large, what your options include.

If a bail bond agent provides the full amount of the bond to the court, the fee is 10 percent of the bond’s face value. A bail bond fee is nonrefundable. If the bail was paid in cash, it's returned once the defendant's case concludes. But, the court may keep part of the cash bail to cover court costs.

If you are asked to cosign on a bond, it’s important to understand:

Roundtree Bonding Agency, a bonding company writing bonds in Gilchrist County, FL, has full arrest power to find the arrested person and return them to jail should they miss a court appearance. However, as a cosigner, you do not. If you have questions about co-signing a bail bond, go to what you should consider before cosigning on a bail bond.

No complaint has been filed with the state against the company in more than 60 years. Established in Gainesville in 1956, Roundtree Bonding’s owner Rick Roundtree has been a licensed bail agent since 1978. Partner Sean Thomas has been in the bail bond business since 1996. To learn more about the bail bond process in Gilchrist County, contact us today.