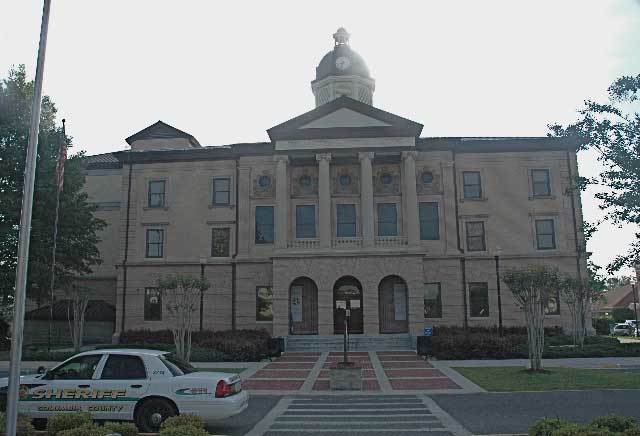 A licensed Florida Bail Bonding Agency established in 1956, our agents write bonds in every part of Florida. We offer fast, friendly, and confidential service. If you need a bond written in any part of Florida, call us at (352) 376-6645. Our dedicated team can help you!

Owner Rick Roundtree has been a licensed bail agent in Florida since 1978. In that time he has never had a complaint filed against him to the department that regulates bail in the state of Florida. Agent Sean Thomas has been licensed since 1996.

Located near the intersection of interstate 75 and interstate 10, Lake City is the home of Florida Gateway College, which used to be known as Lake City Community College before becoming a four-year college. Lake City, the county seat of Columbia County, has a population of about 13,000 people.

What You Should Know Before Bonding in Colmbia County

A first appearance hearing in Columbia County is generally held the morning after the defendant is arrested. The judge informs the defendant of the charges against them and sets an amount for a jail bond in Lake City, FL if any. The bond is set on the warrant, also called arresting papers or capias. During this hearing, the judge will also determine if the defendant qualifies for a public defender in Lake City, FL. If they do, the judge generally appoints a public defender during the first appearance hearing. Other options for the judge include:

Release on Own Recognizance

Release on Own Recognizance (ROR) is often granted to defendants who don’t have to post any bail bonds in Lake City. It’s a written promise to the Columbia County court the defendant will appear at all court dates until their case is fully resolved. ROR is also called a signature release. If the defendant breaks the promise by not appearing in court, they’re subject to immediate arrest. A judge is less likely to grant a reasonable bond amount in the future for a defendant who missed a court date while under ROR.

In the case that the bond fee is too high to pay the full amount at one time, Roundtree Bonding Agency may allow payments to be made.

If Roundtree Bonding Agency, a bonding agent who writes bail bonds in Lake City, provides the full bond amount, the nonrefundable bonding fee is 10 percent of the total bond. Once the bail bond is paid to the Columbia County Jail, the defendant is booked out and released. The length of time for their release varying county to county, with a larger county possibly needing eight hours or more to release a defendant.

If the defendant’s bail was paid with cash, without using a bondsman such as Roundtree Bonding Agency, most of the bail money is returned once the case has been resolved. The court may keep part of the monies for court costs.

Cosigning on a bond is similar to cosigning a bank loan. When you cosign on a bond, you’re taking on the liability for the full amount of the bail bond. It’s also a guarantee to the bondsman that the defendant will appear at each court appearance in Columbia County until the case is resolved. If the defendant misses a court appearance, a bonding company such as Roundtree Bonding Agency will attempt to find them and return them to the Columbia County Jail. As the cosigner, you don’t have this legal authority.